The Isle of Man Government and the Isle of Man Financial Services Authority are fully committed to continually reviewing the Island's legislation and regulations against the applicable international standards in relation to anti-money laundering and the countering of terrorist financing. The relevant international standards in the fight against financial crime are the 40 Recommendations issued by the Financial Action Task Force (“FATF”). Further information and a copy of these standards entitled the 'International standards on combating money laundering and the financing of terrorism & proliferation' (the “FATF Recommendations”) are available from the FATF website. Although not a member of the FATF (the Island is a member of MONEYVAL) the Island fully endorses FATF's recommendations.

In 2020 the Isle of Man Government published a report on the progress that has been made in relation to tackling money laundering and combatting the financing of terrorism. This report can be found here.

On the 10 October 2012 the Council of Europe ‘s Committee of Ministers passed resolution CM/Res (2012)6 authorising the participation of the Isle of Man in the mutual evaluation process and procedures of the Committee of Experts on the Evaluation of Anti-Money Laundering Measures and the Financing of Terrorism (“MONEYVAL”). This allowed the Isle of Man to participate in MONEYVAL’s evaluation and follow-up procedures.

As the Island is a member of MONEYVAL, not the European Union (“EU”), the Island is assessed against the FATF 40 Recommendations rather than the EU’s Anti-Money Laundering Directives (“AMLDs”).  Though the Island may look to implement various provisions of the AMLDs, it is not obliged to as it is not an EU member state.

The latest on-site evaluation took place in Q2 of 2016 under MONEYVAL’s 5th round of evaluations and the report was published on 27 January 2017. A press statement issued by the Cabinet Office regarding the publication of the report can be found here.

In 2018, 2019 and 2020 MONEYVAL published follow up reports which analysed the Isle of Man’s progress in addressing the technical compliance deficiencies identified in the mutual evaluation report. The report also looked at whether the Isle of Man has complied with the new requirements of those FATF Recommendations that have changed since 2016.

The full details of the Island’s Technical Compliance ratings against the FATF 40 recommendations can be found in the below table: 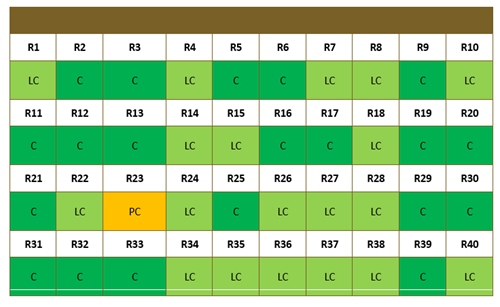 39 out of the 40 recommendations are rated as compliant or largely compliant.

In 2008/2009 the IMF conducted a Financial Sector Assessment Programme (“FSAP”) on the Isle of Man covering the Island’s compliance with international standards for anti-money laundering and countering the financing of terrorism, the Insurance Core Principles issued by the International Association of Insurance Supervisors and the Basel Core Principles for Effective Banking Supervision.

The report concluded that “…the Isle of Man is broadly compliant with most aspects of the FATF recommendations…”, having continued to upgrade its requirements significantly. In addition, the report found that the Island has a general high standard of financial sector regulation and supervision. The report also noted that “the Isle of Man authorities take their responsibilities in the area of international co-operation seriously”, citing supervisory co-operation, mutual legal assistance and tax information exchange agreements.